How do we recover from great loss? A mother from her child, a young man from his dream, or a town from its main industry, the jobs and identity that have given it life. Stephanie Powell Watts, associate professor of English and the author of No One Is Coming To Save Us, asks this question again and again in her new novel. 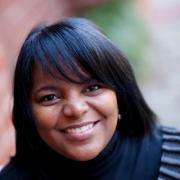 Watts’ characters must reckon with what seems like more than their share of loss and hardship. Poor, African-American and living in a Southern town where livelihoods are receding with a dying furniture industry, Watts’ players are running as fast as they can toward an unknown and unknowable future.

“I feel like those ideas are relatable in many different contexts,” Watts said, recounting the loss of the steel industry she senses on the streets of Bethlehem, Pennsylvania. “It always feels like it was here one day and then it was gone.” She described it as a silent apocalypse for the people who remain in a town after the industry finally folds. “It affects everyone.”

The novel is in part a reframing of The Great Gatsby, in a present-day North Carolina setting not unlike her hometown. The once-vital furniture factory is petering out, and the community ranges from struggling to destitute. Jay Fergusson, once a boy with no family or prospects, returns triumphant after years away, poised to build a big house on the hill and fill it with the girl he left behind.

“Nobody wants to live in that uncertainty. And it is necessary,”

But that girl didn’t freeze in time where he left her, and that’s just the beginning of the problem. The book is filled with these disappointments, complex truths that move far beyond The Great Gatsby’s thin spine. Now approaching middle age, Ava has her own desperate mission to fulfill: conceiving a child, against mounting odds. Her mother Sylvia also poses a challenge to Jay’s grand dreams: she helped raise Jay and knows better than anyone about both his past and the likelihood of his long-shot future.

And yet, Sylvia knows that she can’t stop him from trying. That may be the crucial point in the book: Ava, Sylvia, Jay and the town itself will not stop pushing forward despite the knockouts they’ve weathered. “The energy, the time, the money, the great emotion you’re going through, and you don’t know if it’s going to pan out,” Watts said, describing the difficulty her characters face. “You have to do that with no way to see to the other side.”

She related that push to the very real remnants of the Jim Crow South that her characters must navigate. Simmy’s, the town’s fast food spot of choice and a historical institution, is a complicated place for the Black residents. Less than a lifetime ago, Simmy’s would not let Black patrons order inside; they had to pick up from a window in the back. In 2016, the characters cannot eat its oversized, greasy burgers without remembering this history, and each reckons with the place in a different way.

“There’s this really strange and interesting kind of negotiation of how to deal with this place that once barred you, and what do you do about that,” said Watts. The memory of exclusion does not just disappear, and it is not clear what should replace it. “There’s something about that that’s just spiritual, or maybe it’s anti-spiritual or something,” she laughed. “Faith is that, right? You don’t know if you will spend your life doing something, and really being caught up in it. You don’t know if it’s going to be okay.”

One option is denial, and all of the characters try that out. Ava denies that her pregnancy may not be viable; Jay denies that the past can be rewound, and others deny their own bitter truths. “Nobody wants to live in that uncertainty. And it is necessary,” said Watts.

Watts feels this way about the process of creating in general. She remembers the agnostic effort it took to bring the book into being, when there were no guarantees of success or support. “I don’t come from people who have money, I don’t come from people who know how to negotiate the world of higher education,” she said. “It was very difficult to be in the place where I am. But it’s not impossible and sometimes you have to just keeping doing something until you believe you can. And I want to stress that.” 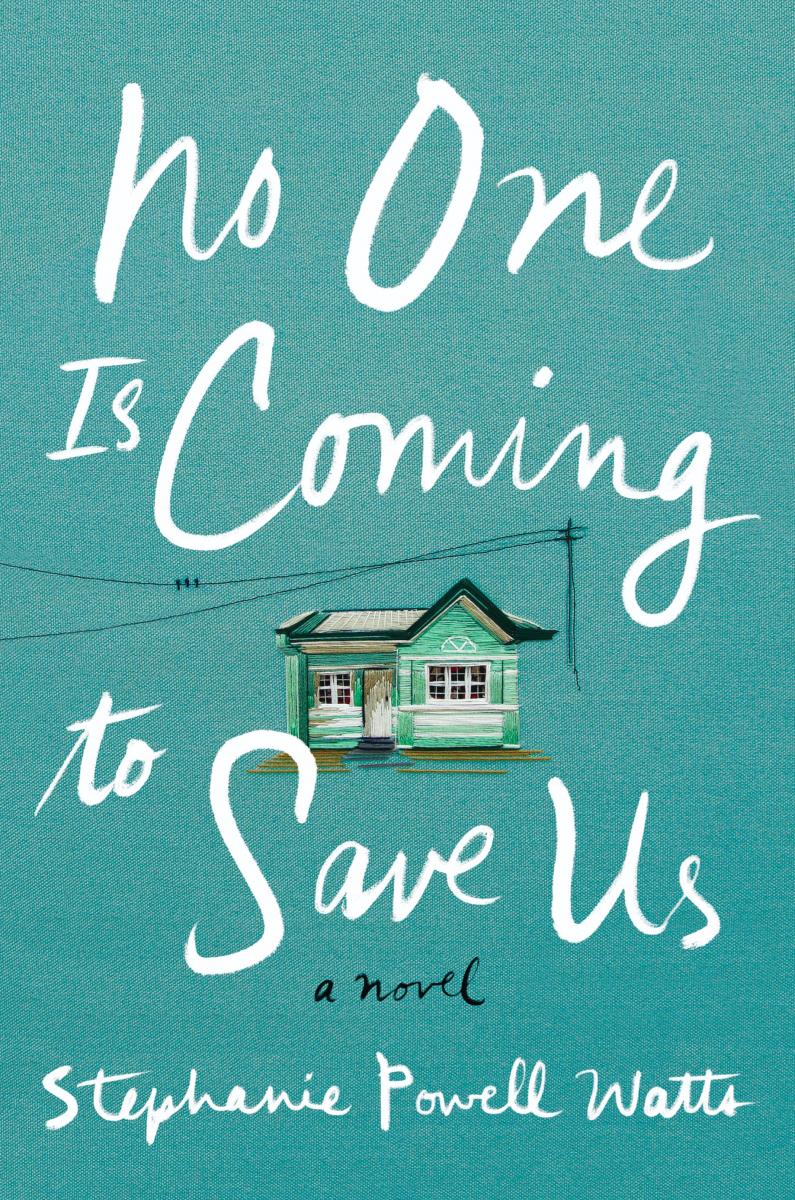 Part of ambition is seeing others succeed, and feeling disconnected from that success, according to Watts. And that is crucial to making it, too. “That is the feeling that will keep you going. That, ‘it is beyond me. But it can also push me.’ ” Fear is powerful in that way, to Watts; it can buoy a person forward. “It’s okay to feel it,” she said. “It feels awful, but it’s okay to feel a little bit awful sometimes.”

Watts is considering these challenges as she contemplates her next book, inspired by themes from the Salem witch trials, and the power of teenage girls. It was young women, often, whose accusations landed their peers in deep trouble.

“The power of that kind of nasty subversiveness is so interesting to me,” she said. “It is gossip, [which] I suppose is a way of taking power.” One character in No One could have used this kind of power, and Watts is experimenting the ways she might harness it through a spiritual awakening.

Watts tells aspiring writers about what an aunt calls grey days. “Days when you feel like, ‘this is not how I should be spending my life. Life is too short to be spend doing x.’ ”

When this feeling struck in the course of her writing, it was the people who believed in her work, including her department at Lehigh and its dean and provost, who gave her the time and confidence to continue. “It’s been huge for them to see this as something worthwhile and important,” she said. From approving travel for conferences and interviews, to allowing her the space to get the writing done, Watts feels fortunate for the university’s support. “Lehigh has been very generous with me,” she said. “And that’s invaluable.”