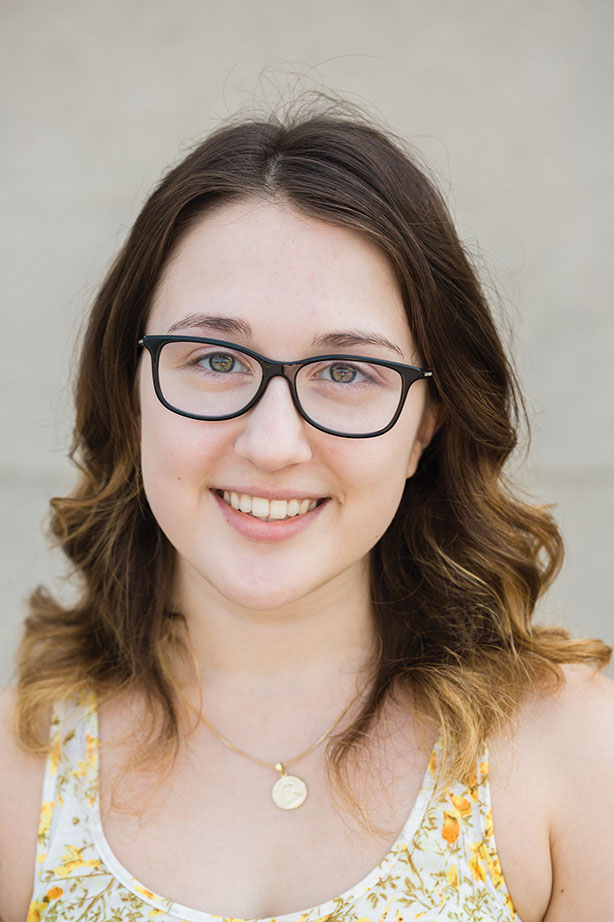 For many undergraduate students, study abroad creates valuable connections between the classroom and real-world experience. Students explore different ways of thinking, communicating, learning, and living. Journalism major Klaudia Jazwinska ’18 returned from her overseas experience and asked, “Now what?” Her international experiences would pave the way to receiving a prestigious Marshall Scholarship.
Jazwinska has made the most of her Lehigh experience and traveled extensively. As an Iacocca intern, she traveled to Italy, then studied abroad in Uganda, India and Brazil through the School for International Training. In January, she was part of the Marching 97’s New Year’s Day performance in London. With all this exposure to other cultures and opportunities to see the world, she was unsure how to return to routine, day-to-day American life.
“I was in a period where I was doing a lot of reflection about what I have done abroad and how that impacted me and what I learned,” shared Jazwinska. She found herself torn between pursuing journalism and something that would have a substantive impact on human rights and social justice.
Social media comes as a natural pursuit for Jazwinska since it has the capacity to cross geographic boundaries and reach different groups of people. She worked with Haiyan Jia, assistant professor of journalism, and Sarah Stanlink, director of the Center for Community Engagement, during the summer of 2017 researching social media and the overwhelming pattern of media biases and media ethics (or lack thereof) that she observed during her overseas travels. She observed a strong connection when researching peoples’ distrust for the government and their social media consumption. Additionally she explored the role Facebook played in the 2016 American election. This social networking service is unique becauseit draws on your interests and other uses online to create a very specific, personalized newsfeed. People then believe that the newsfeed they are reading is public opinion, but it is greatly swayed.
“When you see that (news) on your feed, that’s what you think the world believes,” she said. She found that today roughly 70-80 percent of Americans consume their news from social networks and added that the algorithms used by Facebook feed into readers’ biases, increasing the potential for misinformation. Jazwinska concluded that so many Americans are receiving skewed information as a result of news delivered through social media. Jazwinska saw a need for an application that diversifies the perspectives an individual consumes. The app she envisions, known as Polytics, first scans your social media consumption, and shows your biases. The goal is to help people become more media literate and more balanced in their media consumption. The Polytics project provided Jazwinska with a better sense of modern media ethics. “As journalism evolves and media consumption evolves, there needs to be someone constantly checking (ethical concerns),” she stressed. She notes that, for the app to be successful, one must want to become aware of their biases.
“If you don’t care, we aren’t trying to change you.”
Despite using Polytics as a practical outlet to make sense of observations made during her travels, Jazwinska craved more international experiences after Lehigh. She will graduate in May and go on to be a Marshall Scholar, which provides financial support for up to 40 students annually wishing to pursue graduate studies in the United Kingdom at any UK institution in any field of study.
“The Marshall allows you to pursue two different degrees. The scholarship allows you to study in the United Kingdom for two years—so you can either do one two-year degree, or two one-year degrees, which is what I chose,” Jazwinska said.
Knowing that about 1,000 students apply and only 150 are interviewed, she never believed she had a chance. She was astonished when she landed the interview, and was so stunned after finding out she was a recipient that she walked around campus in silence for days before sharing the news with anyone. She asked herself, “How did I get here?”
Jazwinska’s accomplishments are a long way from where her family started. The first of her family to attend college, she will attend two of the most prestigious graduate schools in the world, Cardiff University and Cambridge University.
“It is a huge step from where I come from and where I will be going,” Jazwinska said.
With the help of Lehigh, Jazwinska has seen the world. For her, not knowing her next move lead her to accomplish her goals and to grow personally. Her time
at Lehigh has landed her many leadership opportunities. Jazwinska hopes to continue as a leader and international traveler with the help of the Marshall Scholarship and
continue her social media research.
“I like to see projects out to what they can be.”
by Samantha Silverman '18